Episode 2 – What happened during the first 5 days onboard S/y Grandiosa? 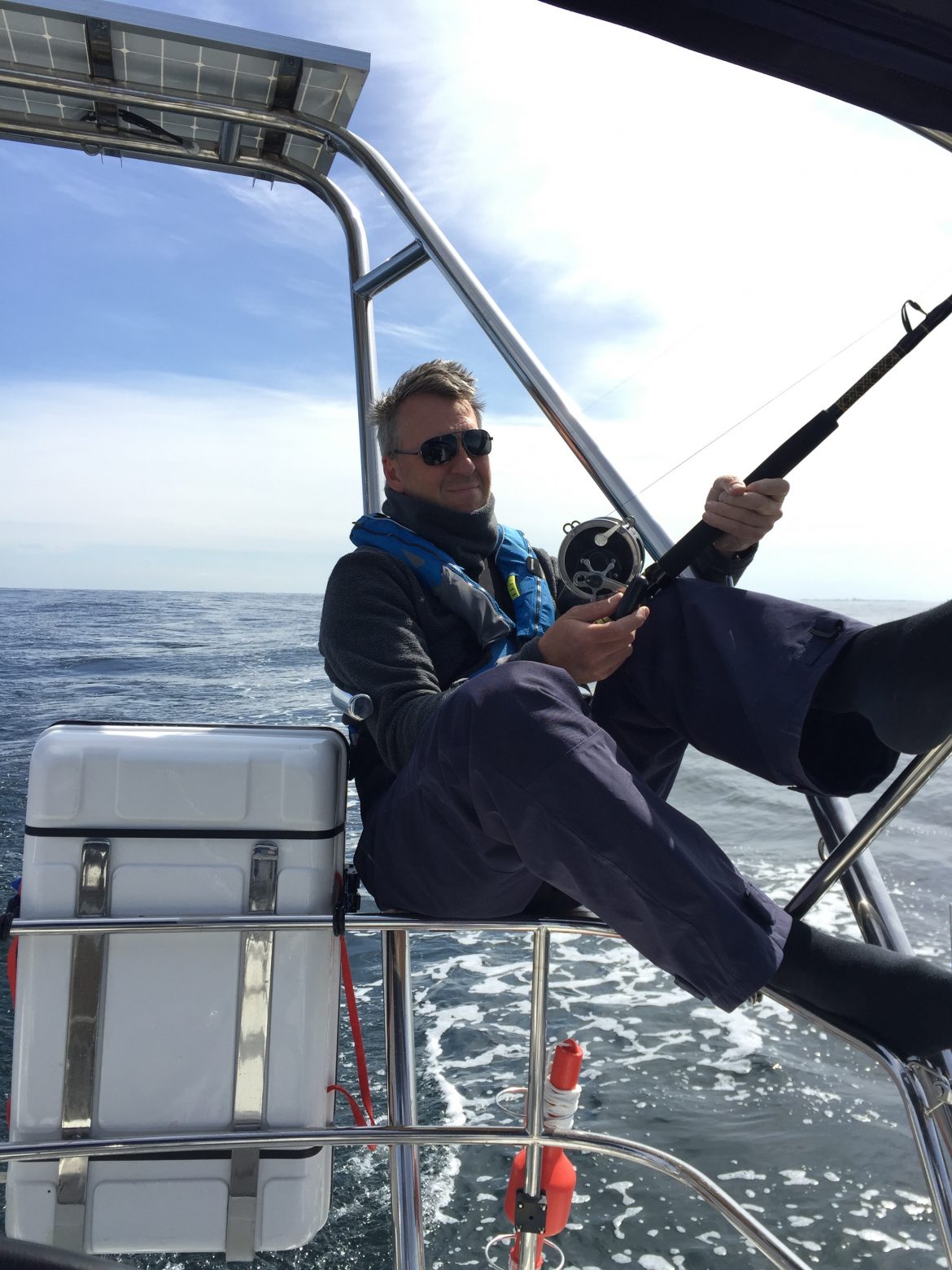 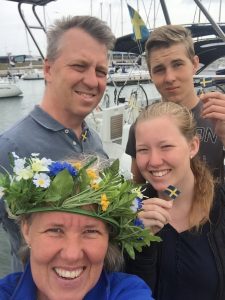 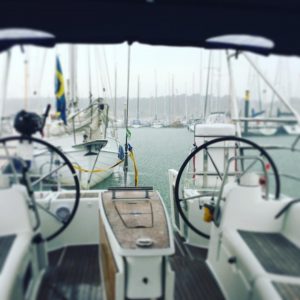 Happy Midsummer everyone! Sitting here in our salon onboard Grandiosa writing, with the wind whining in the mast and the rain smashing hard on her deck. Quite typical Swedish midsummer weather, and not so very different weather from what we are used to. We have celebrated the day with some local additions to our old traditions, including Dutch herring and genever. But no “frog dance” around the Midsummer pole, that has to wait until next year.

The first 3 days of sailing went without any larger surprises. When we left Smögen on the 18th, the wind had picked up which gave us a bumpy start of the trip but it didn’t take long until Denmark begun to shield us. This made especially us girls in the family very pleased because we were both starting to feel a little nauseous. Even though we both had taken sea-sickness-pills, were chewing gums and eating hard bread. With wind over 30 knots and with reefed sails we sailed between the coast of Sweden and Denmark. And during the first 9 hours we managed to sail 60 NM towards the Kiel Chanel.

During daytime the whole family take turns with three hours shifts, Joel, Torin, Tryggve and Malin. At night Joel, Tryggve and Malin take each a four hour shift. This has worked very well and Tryggve has done his dog watches with confidence. 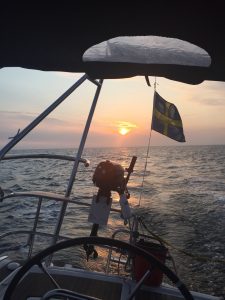 23 hours later the wind died completely, the fog started to cover the waters in front of us and we had to start the engine. From the log books we can read that Torin saw 3 military ships of which one was a submarine. Is something going on?

For everyone who knows us, food is an important part of our lives. So to keep the crew happy, mommy cooks gourmé dinners every evening on her watch. Since a little fling of sea-sickness put a stop to all cooking the first evening she paid it back with gorgonzola covered ham with rice the second evening. You can only eat that many hotdogs. 🙂 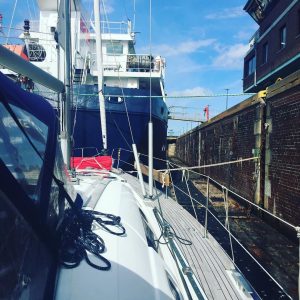 After 44 hours Joel called the Lock master on the VHF and we could entered the Kiel Chanel and our first lock as sailors. Normally pleasure yachts have their own smaller lock to enter but this summer they are doing major renovations of the locks which means that pleasure yachts and huge cargo ships has to get along in the same lock. The intense propeller water from the ships (which they probably made intentionally) made it hard for the smaller boats to dock but we all did it. Nine hours later we exited the last lock and sailed out on the river of Elbe. The water where the river met the ocean was very choppy and made the ride extremely bumpy and not a very comfortable one. The length of the waves weren’t longer than the length of the boat. But thanks to going with the current we still did 8-9 knots. 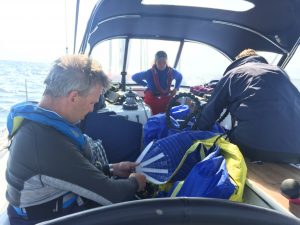 On the afternoon of day four the weather was perfect for getting our beautiful blue and yellow gennacker out. Unfortunately we only got to sail for about an hour before the halyard snapped and all of the sudden the whole sail was in the water. Thanks to fast actions from Joel and Tryggve we could salvage the sail without any known damage. And with some family effort we could place the gennacker back in its bag. The problem to solve is how to roll it back on its wire.

The trip could continue and at midnight the fourth day we were close to the harbor of Vlieland, in the Netherlands. Navigation at night can be a tricky but fun and we all looked for green and red buoys. We were surprised to see that the harbor was full of old wooden ships and pleasure yachts, so we decided to go back outside to an anchorage place. As everyone knows the tide is very essential to navigation in these areas. The chart said 3.8 m at the anchorage but SURPRISE… when we got there it was only 1.4 m. Conclusion… we were stuck. Good thing it was low tide. Not much to do than go to bed.

Next morning we entered the harbor and got a good spot along the dock. It is a very nice harbor about 15 minutes walk from the sweet little town of Vlieland. The prices are a bit higher than we are used to. 47 Euro per night and both showers and water costs extra. The best part is that the kids get wi-fi, and boy, have they used it.

We have enjoyed a slow and relaxing midsummer eve with good traditional midsummer food with som local additions like herring and genever. A small smoke incident happened with the gas stove, while cooking the cheese pie, probably due to food grease, but nothing alarming.

We are leaving Vlieland tomorrow morning. Have a great Midsummer! 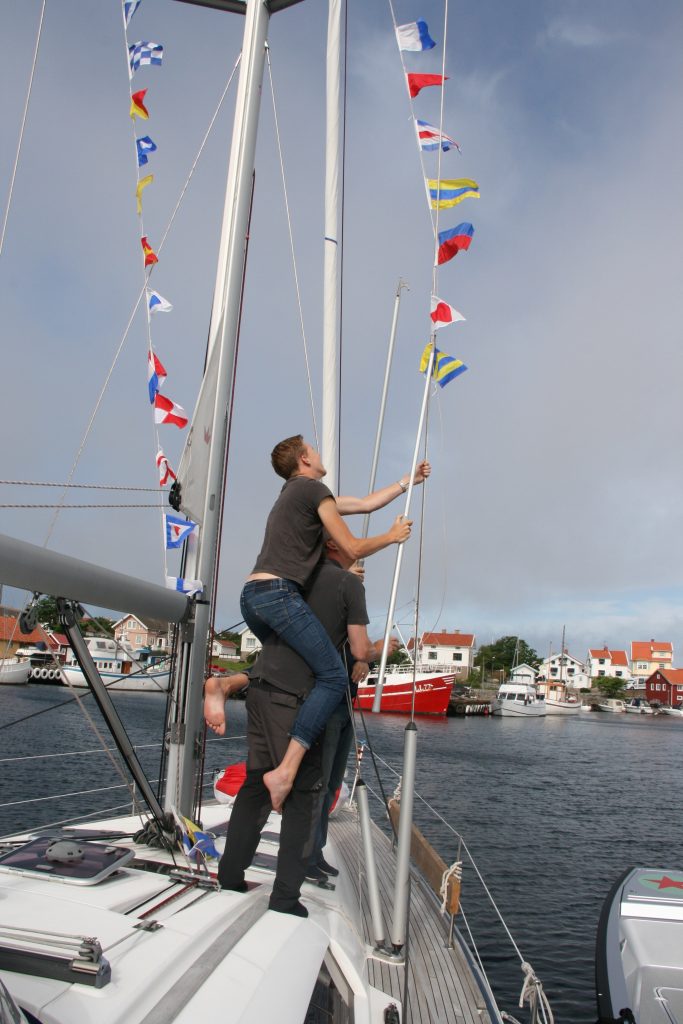 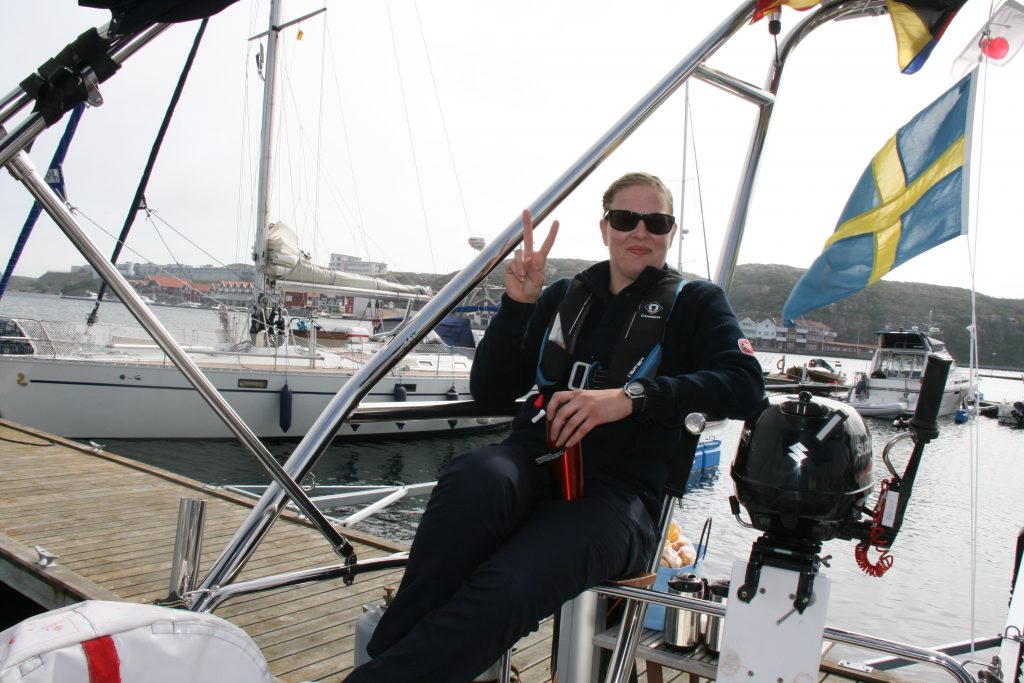 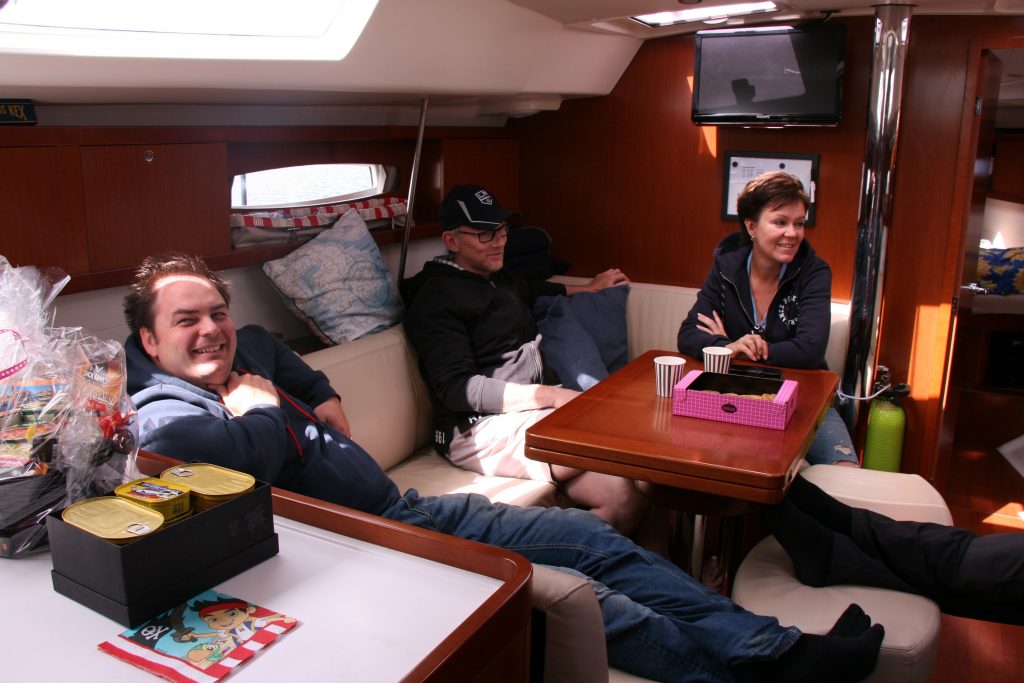 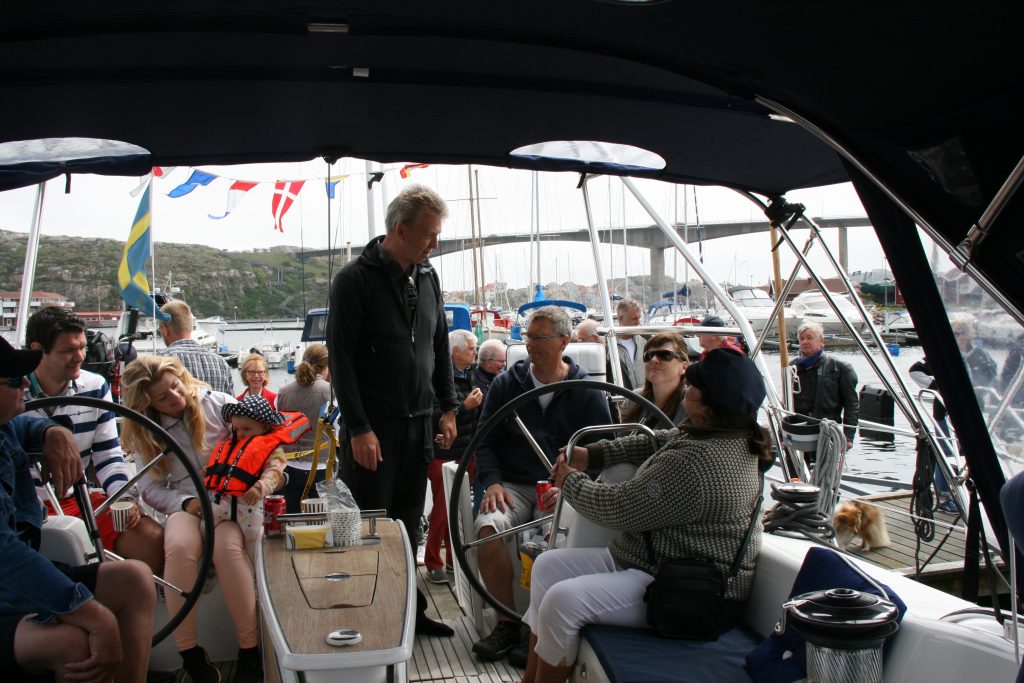 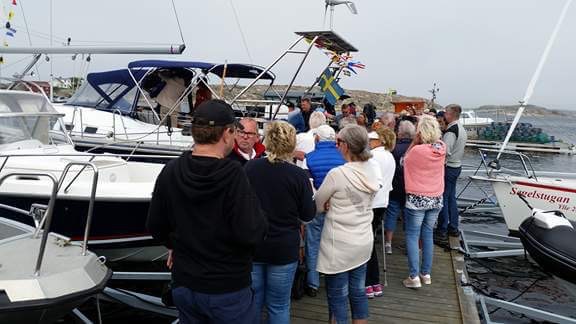 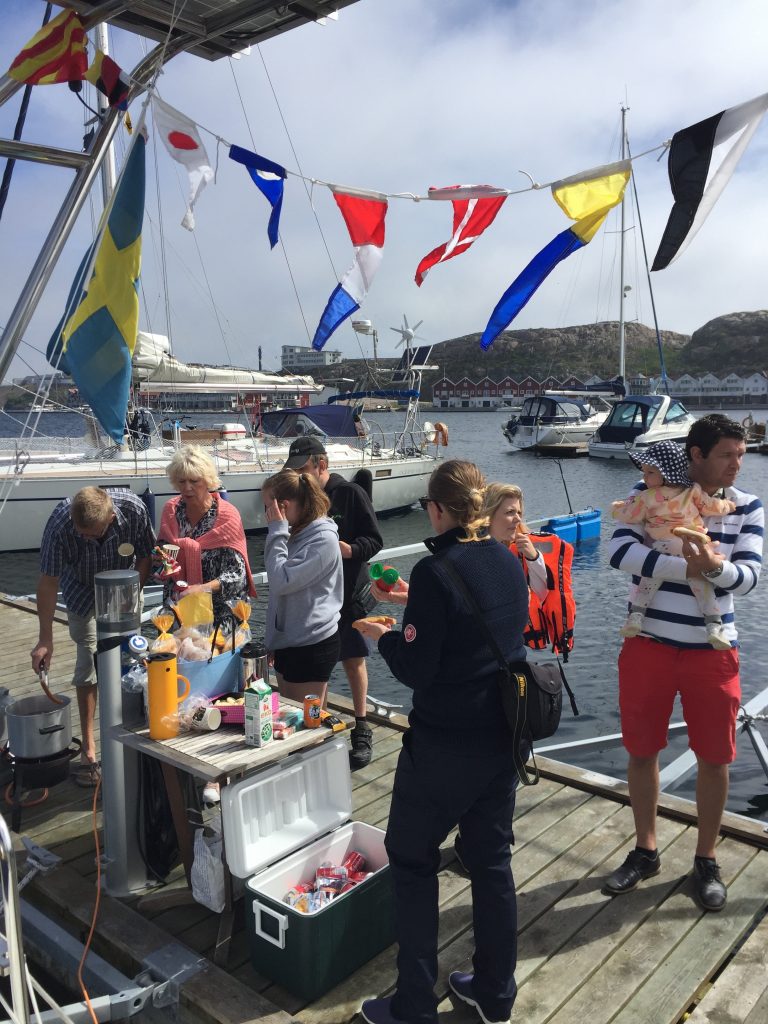 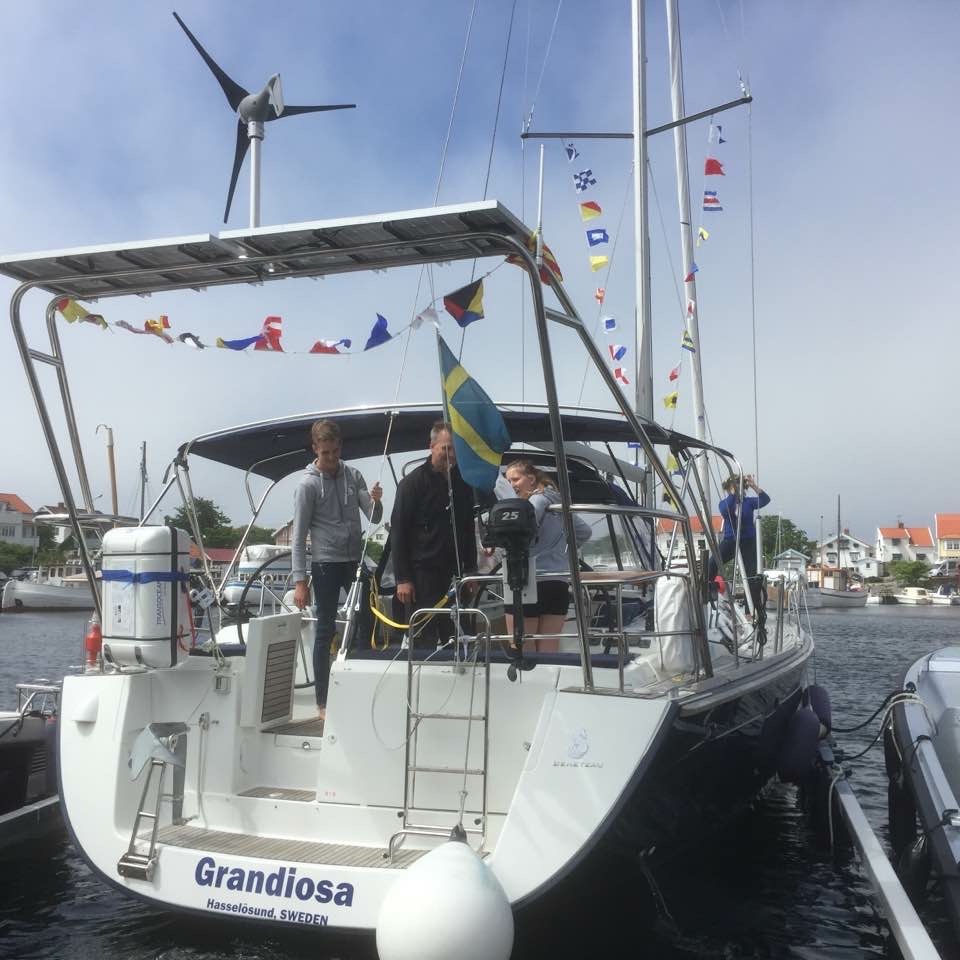 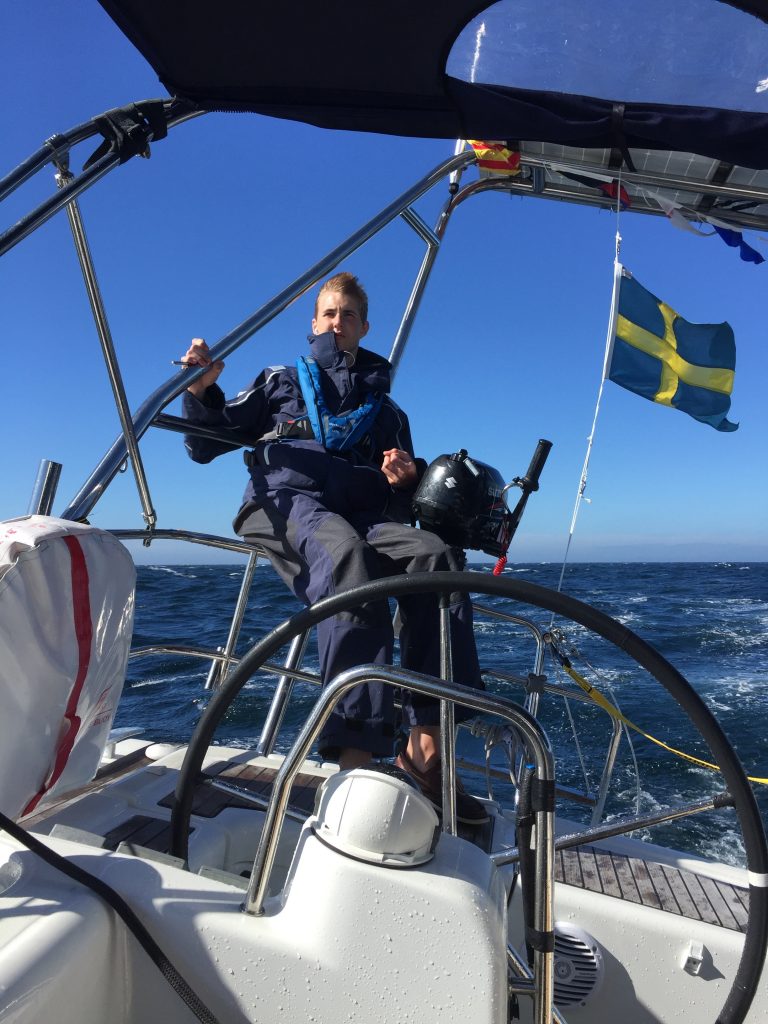 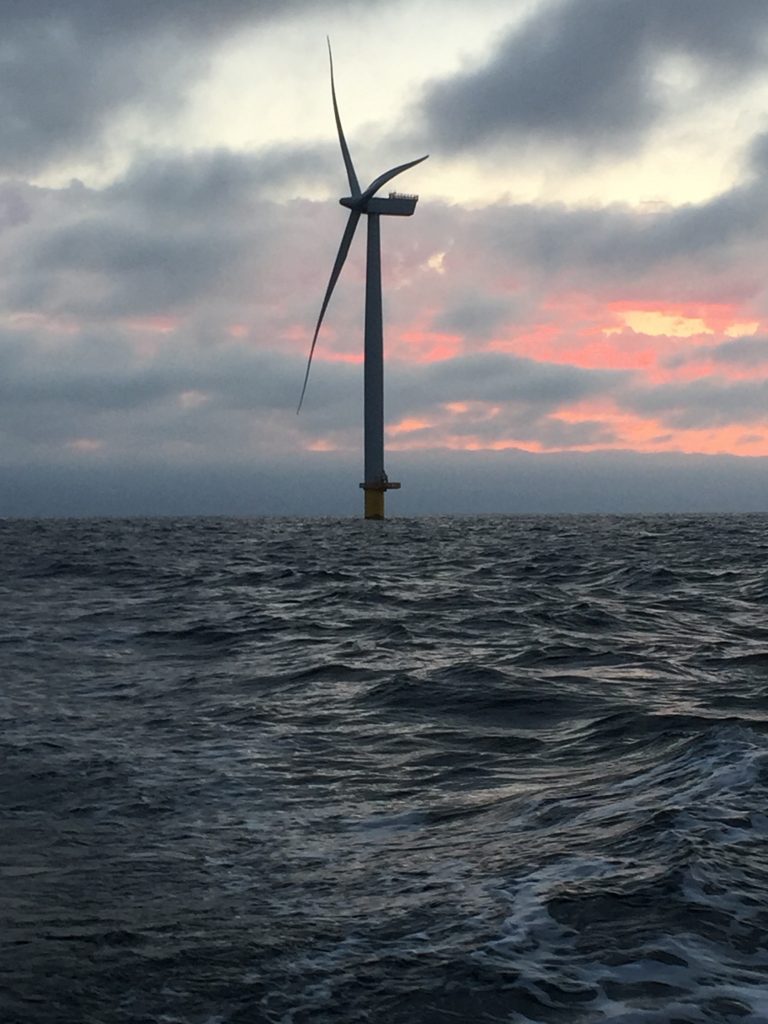 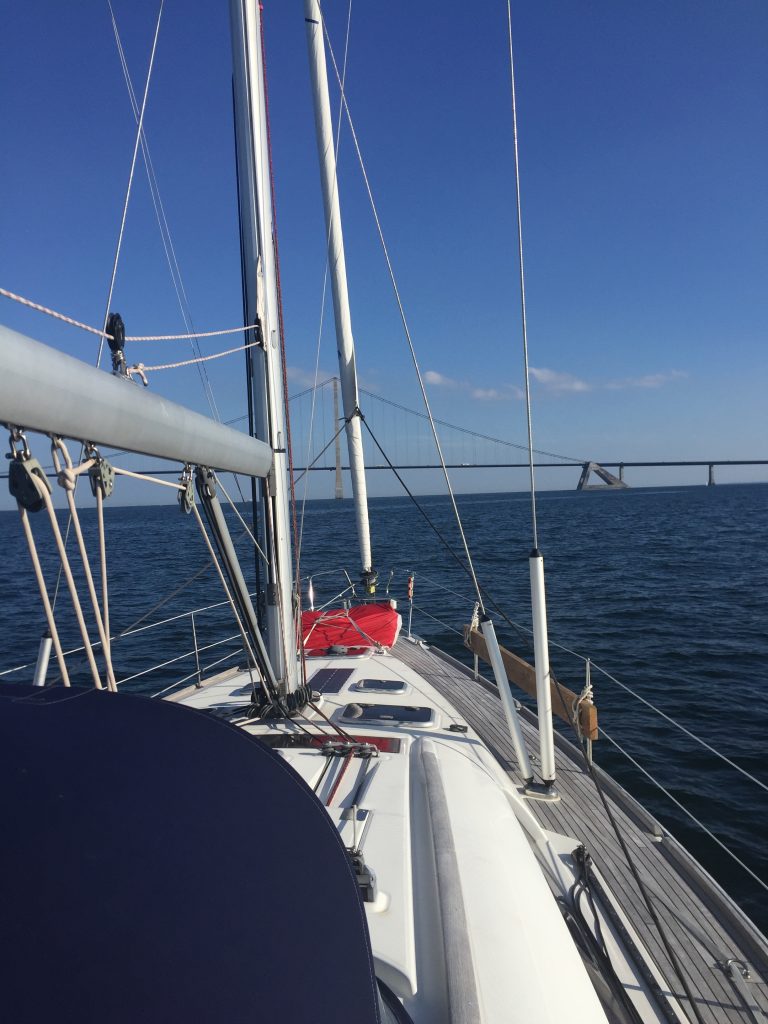 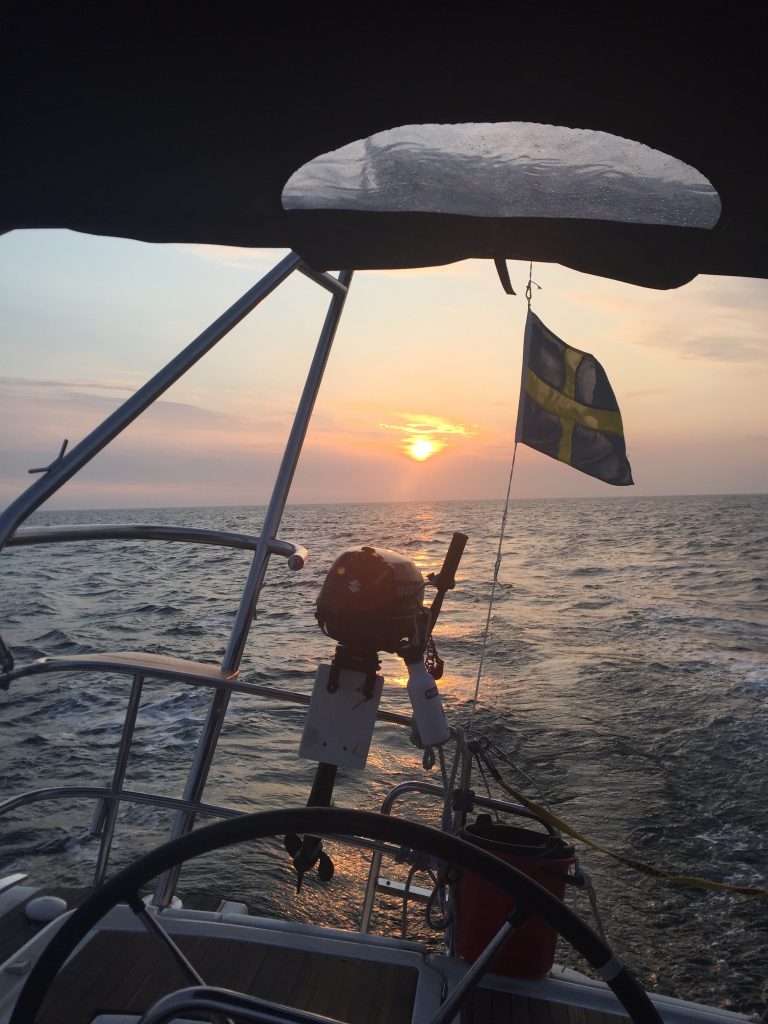 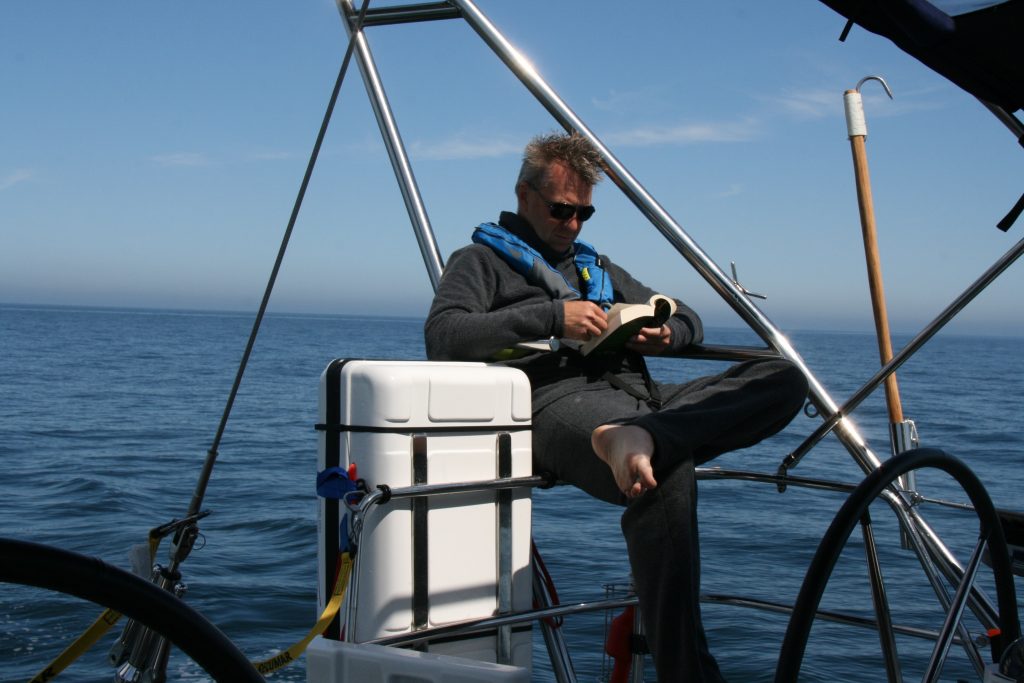 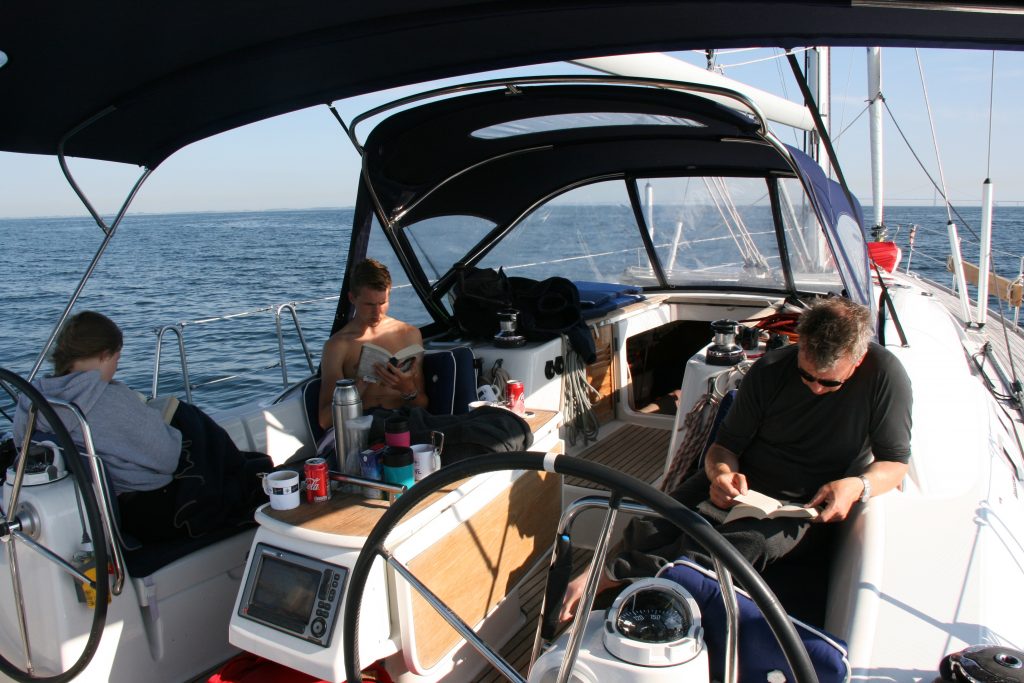 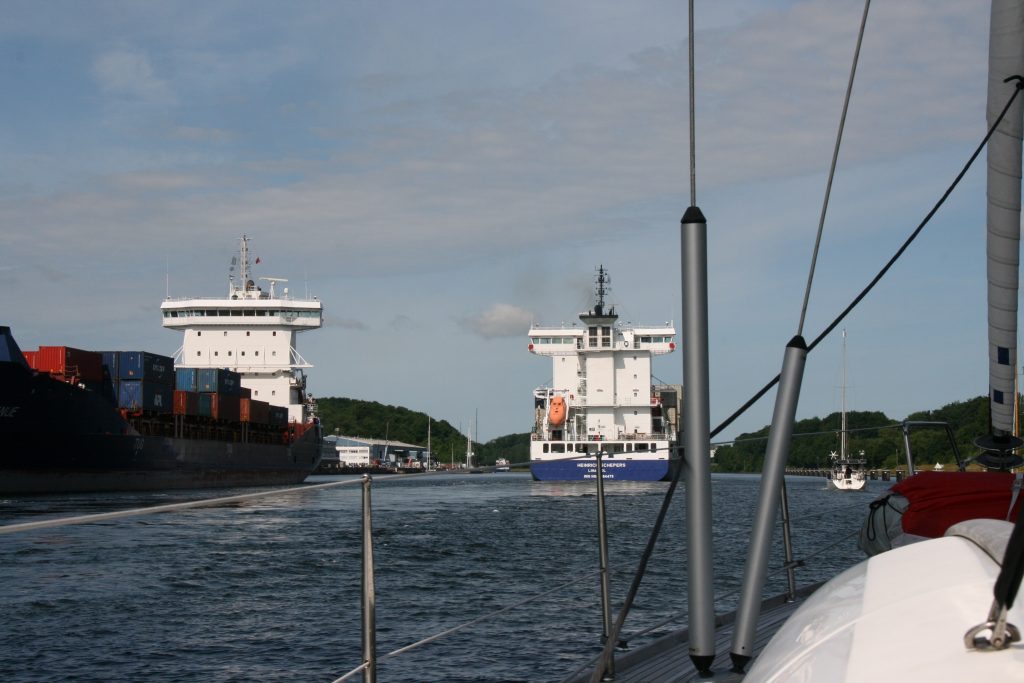 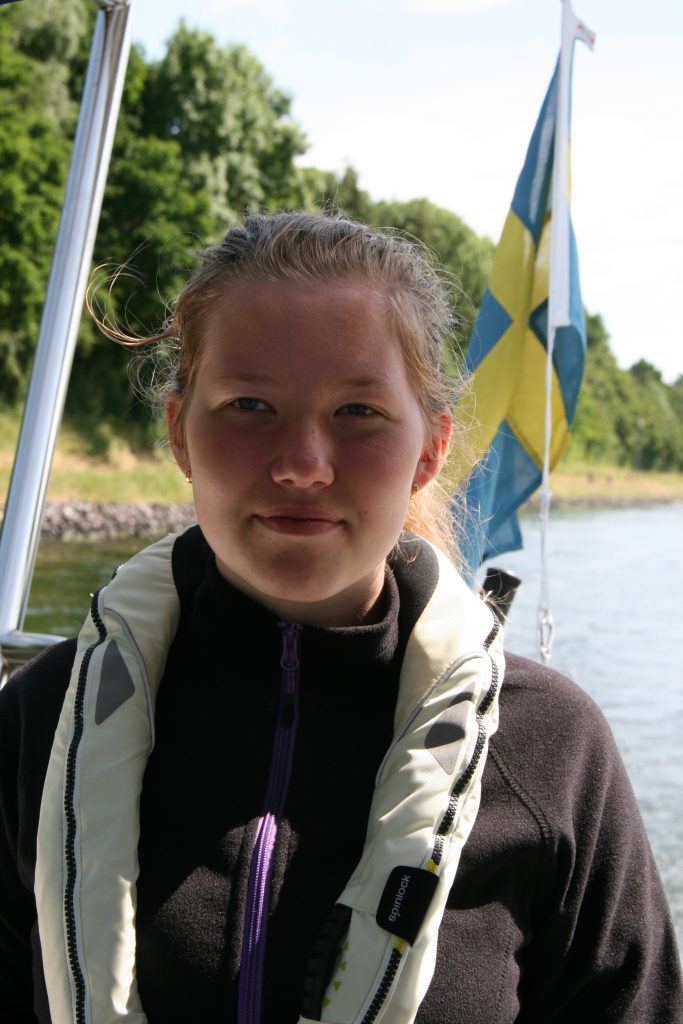 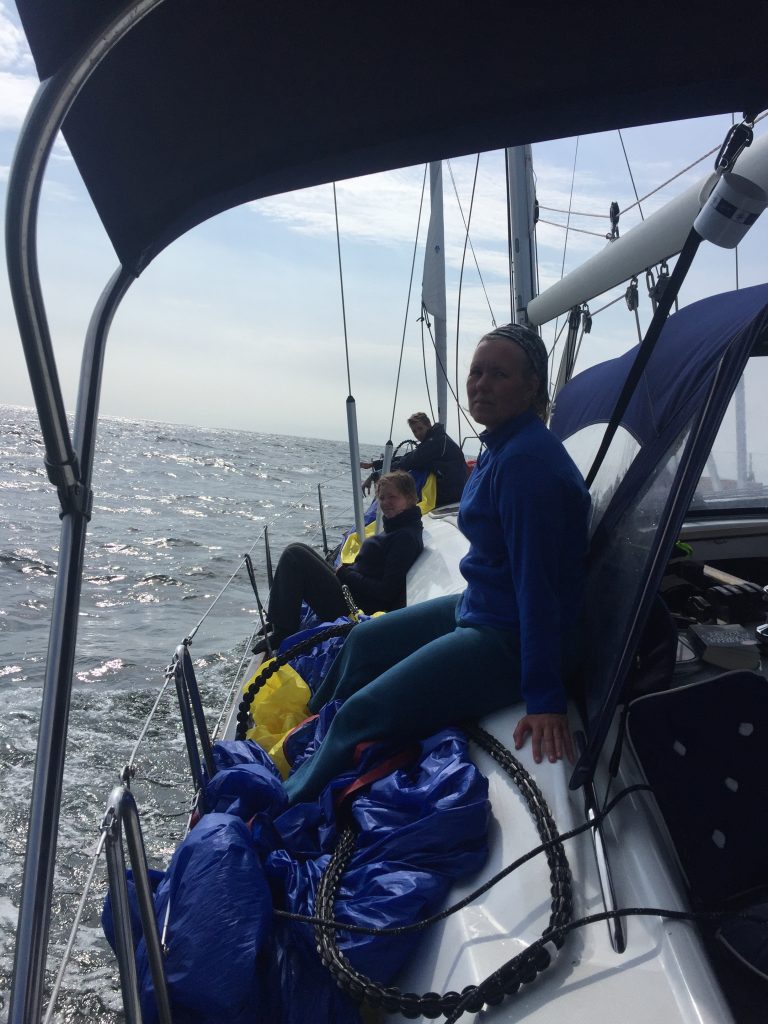 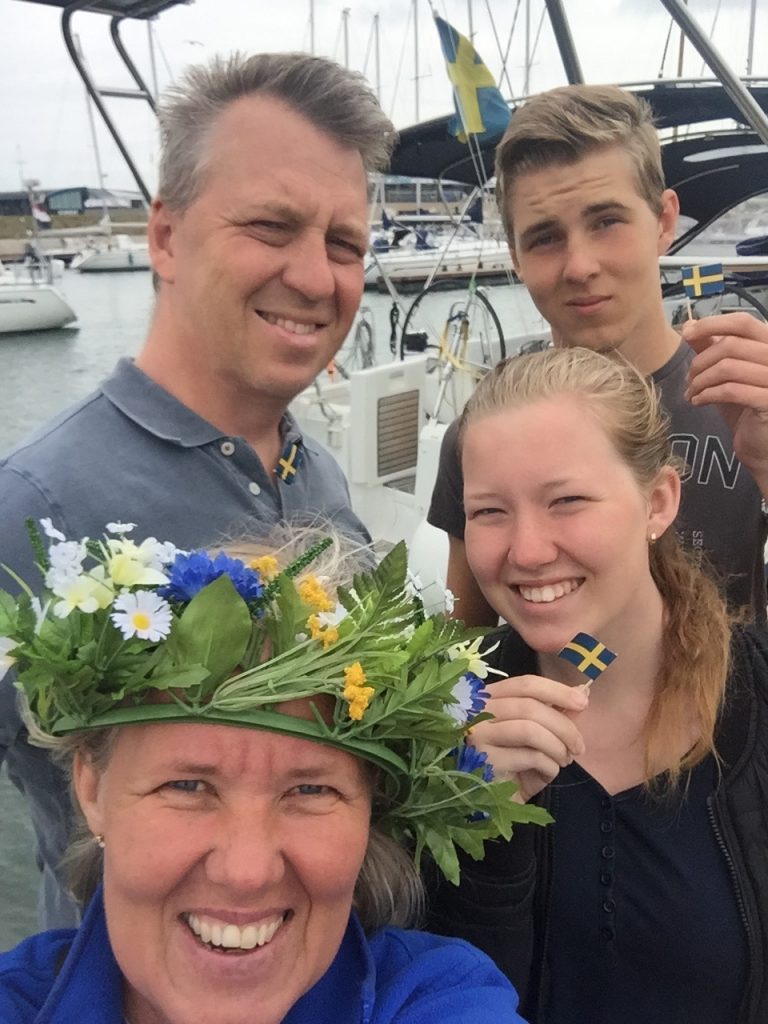 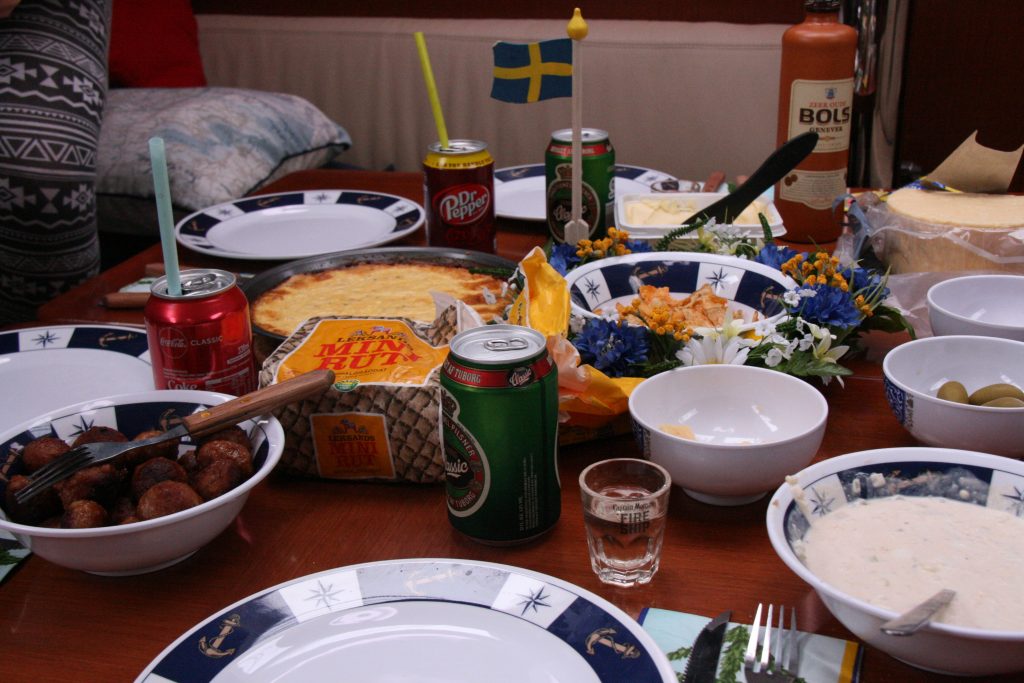 Eight essentials not to forget before you...